You are here: Home / Blogging Tips / What Language Should I Choose For My Blog?

Language. When I first started my blog The European Mama, I wrote in three languages: Polish, German and English. I started writing because I felt I was being brain-fried after having children and I figured a trilingual blog would do the trick.

At some point, I decided to switch to English because I wanted to reach a wider audience. I’ve never regretted my decision because my blog grew, and I started concentrating on my English which resulted in me being published on various websites, including The Huffington Post, Babble, The Wall Street Journal and others.

However, English is not the only option. 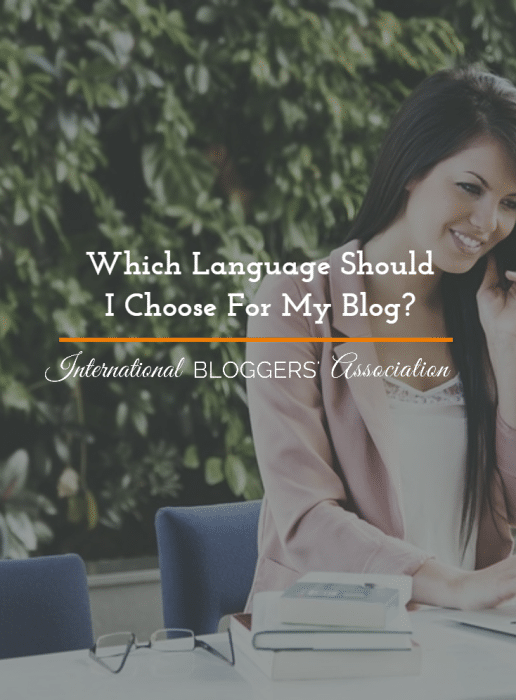 Some bloggers decided to write in two languages. My friend Eolia of La Cite de Vents is a great example of this: she blogs in her native French as well as in English. The English part is simply a translation of the French part. While Eolia’s blog isn’t big, I love the fact that she is writing in two languages. One of the biggest benefits of having a bilingual blog is a wider audience – two languages, double the audience – and double the traffic. However, it is also very time-consuming as you’d have to write all content twice and requires some knowledge of technology if you want it to be done correctly.

Stick to your mother tongue

Some people feel that writing in English is not as natural as writing in their mother tongue and decide to write in their native Polish/Farsi/Spanish. Others consciously decide to blog in their native tongue – knowing that their audience is very local, not an international one. And you may think that writing in English will mean a smaller audience but it doesn’t have to be the case. Daniel Duclos is a great example that you can run a popular, successful blog in a language that isn’t English and even make money from it. His audience is very niche – Brazilians in the Netherlands, but it works for him.

Write in English only

I made the switch to English three years ago and never looked back. My audience is all over the world – mostly located in the US, so it makes sense for me to write in English. It was hard at first because I wasn’t used to writing in English, but after four years of writing, it has become second nature. Here are some tips and tricks on getting published when English isn’t your first language and I also share my story how I changed from a trilingual blog to English-only. Some bloggers maintain two or three separate blogs – one for English and one for their own language. I wish I could do that – but I don’t have the time.

Some bloggers blog mainly in English but sprinkle their words with Spanish expressions. Ana Flores’ blog, Madre Vita, is a great example of this, and other Latino bloggers do the same. Using Spanish words in their English writing, they want to maintain their unique Latino identity. Many expat and language bloggers use other languages to explain a concept that can’t be described in any other way. I love this because not only does it allow bloggers such as myself to maintain their unique identity but others can also learn from us.

Which language should you choose for your blog if you speak several? The choice is yours!

You know you love the IBA! Go ahead, give us a tweet 😉

[bctt tweet=”Which language should I choose for my blog? Find out how Olga chooses between three languages! Three! #writing #blogging #language”]

I love dancing like no one is watching, drinking red wine, traveling almost anywhere, making my kids laugh, kissing my husband, and bringing people good news. What do you love? ~ Tina
**Learn more about Tina at Los Gringos Locos. You can also follow her on Facebook and Twitter.